In 2008 Vlad graduated from the Saint-Petersburg Art and Industry Academy, he also completed “Visual Arts” program of the Pro Arte institute. In 2010 he became a PhD student at the Russian Museum.

Works of Vlad Kulkov are held in the collections of the Moscow Museum of Modern Art, The Hort Family Collection (New York, the USA), and in private collections in Russia and abroad.

In 2013, he was included in the list of 115 prospective contemporary artists from more than 40 countries, according to a research of the publishing house Phaidon Press, London, UK.

In 2016 he was listed in the TOP-10 of the most outstanding and prospective Russian artists according to the rating of “The Art Newspaper Russia”.

Photos of the works are provided by Anna Novа Gallery. 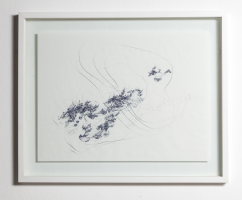 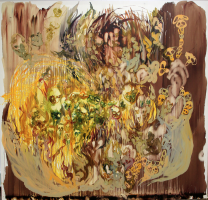 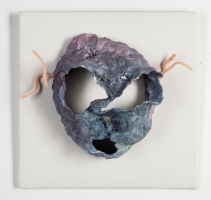 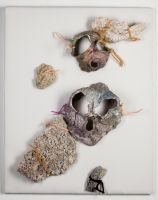 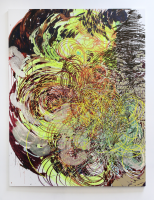 2012 — Rebus within the framework of a project Luda Express. The Scene. Saint Petersburg, Russia

2016 — Archipelago of a Peacock (In collaboration with Maria Dmitrieva). KultProject Gallery. Moscow, Russia