Participant of the Ural Industrial Biennale of Contemporary Art (2019), resident of the workshops of the GARAGE Museum (Moscow) in 2019.

Biographical legend says that Krasil Makar  painted from 1901 to 1939, in his spare time from field work, he worked as a dyer — engaged in decorative painting of household utensils and huts in villages and villages of the Urals. The early works have not survived to this day. In 2017, Krasil Makar moved to Yekaterinburg to rethink the traditional Ural painting in modern times.

Krasil Makar  works with the technique of house painting, which appeared in western Siberia and then spread to the Urals. The heyday of this dyeing industry occurred in the XVII – XIX centuries, but at the beginning of the last century the development of the painting tradition stopped. Using the visual language of this unique craft, Krasil Makar  reinvigorates the painting school and reveals the potential of the craft through techniques used in art since the avant-garde. In the paintings Painted by Krasil Makar  uses an expressive technique of "razbel", when two paints are taken on the brush at once — the main and white, when the brush moves, there is a smooth transition from one color to another.

Krasil Makar's artistic technique is easily recognizable: traditional house patterns and motifs of the XVII-XIX centuries are combined with modern ones and brought into the urban environment.

Lives and works in Yekaterinburg. 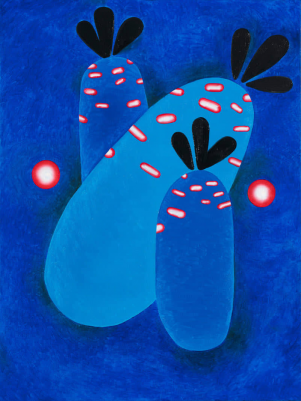 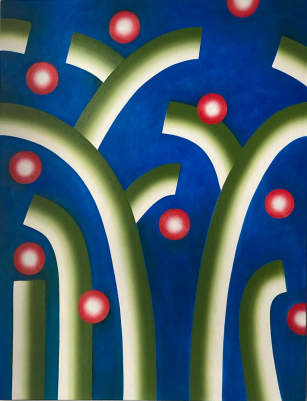 May thickets. 2022. Oil on canvas, 100x80 cm. In a private collection. Courtesy by Triangle Gallery. 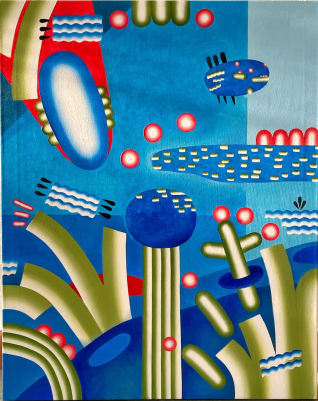 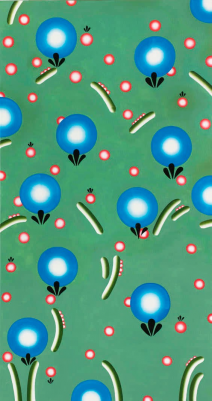