In 2006 graduated from the Russian State University for the Humanities, faculty of “World Economy”. In 2007 received a bachelor's degree in Modern Art at the Goldsmiths College, University of London. From 2008 to 2009 she studied “New Artistic Strategies“ at the Institute of the Contemporary Art (ICA) in Moscow. She lectured about performance at the Moscow State University and at the “First Gallery” in Makhachkala. From 2011 to 2013 she studied at the Royal College of Art (Master's degree in “Contemporary Art”) in London.

Lives and works in Makhachkala.

Photos of the works are provided by the artist. The author of the artist’s photo is Ilias Hadji. 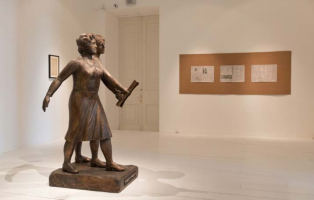 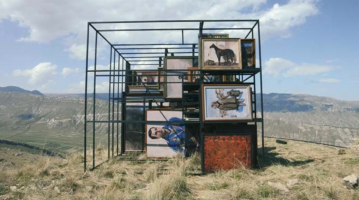 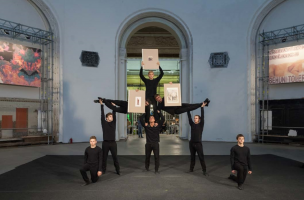 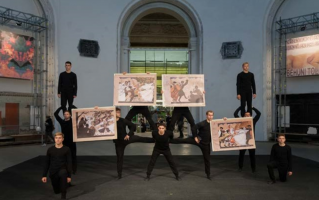 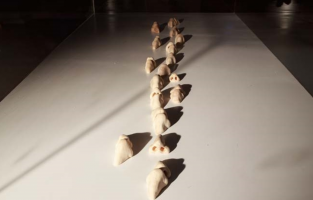 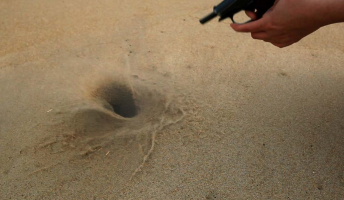 2011 — Get Up and Run Away With It - About Love and the Impossible (curated by Nadine Wietlisbach). Palais Bleu Le-Lie. Trogen, Switzerland

2011 — Now&Then. Within the framework of Workshop 2011. Moscow Museum of Modern Art. Moscow, Russia

2012 — Let Me Be Part of a Narrative (curated by Alexey Maslyaev). Paperworks Gallery, Winzavod. Moscow, Russia

2012 — I am who I am (curated by Olga Sviblova). Kunst im Tunnel. Dusseldorf, Germany

2013 — On Historical Ideals of Labour in the Country that Conquered Space. The Mews artist run space. London, the UK

2014 — A Walk, A Dance, A Ritual (curated by Ilina Koralova). Museum of Contemporary Art. Leipzig, Germany

2012 — Winner of the All-Russia prize in the sphere of contemporary art Innovation, New Generation category

2014 — Winner of the All-Russia prize in the sphere of contemporary art Innovation in the category Regional Project 2013. Russia